Higashimatsushima city of vineyards, is the result report of last observation of rice field test on Sep 16, 2011
・Farmland：Glehnia in the weeds lush is refreshed, and  a soft new leaves of shiny,A lthough glehnia enclosed hit the pile had been dig leaving one share outside the 30 meters area、The remaining glehnia also had been honorably update. 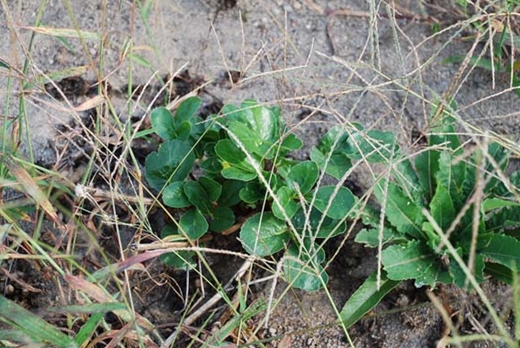 Rice field： lush in the weeds compartment that were sprayed with “Aqua lift” and weeds of the portion oozing from there, as a lush, it was still respectable in other rice field, there is also a weed which died by mowing Although we test area and the surrounding is entered in to confirm, I was just lying withered. Weed of rice field directly opposite that the test got very golden, The middle go standing dead. Althought a scatter location and other places, salt that has been floated in white can be seen clearly by appearance.
Where that is not sprayed it has become as white as were plated slaked lime、Sprayed was seeping compartment and the part was is, Extent to which floated slightly salt. It was different about it. 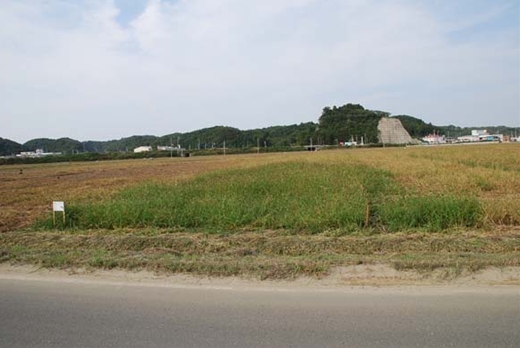 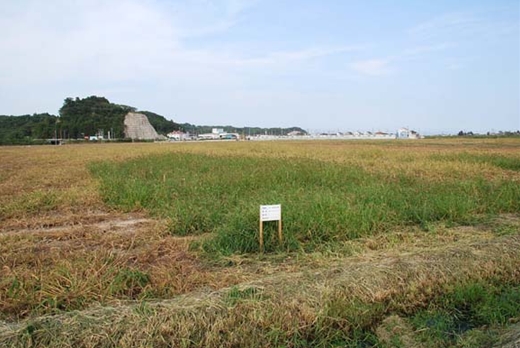 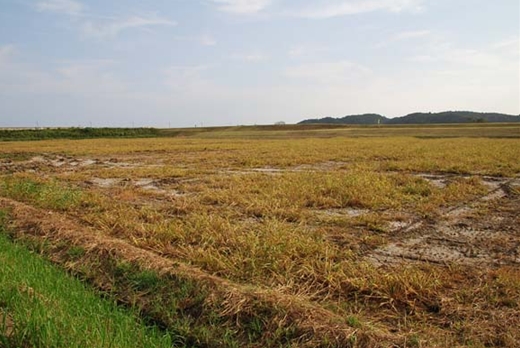